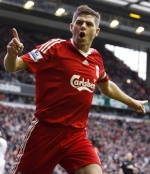 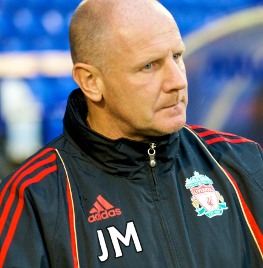 Kelly has been out since he picked up an injury during the Champions
League tie with Lyon on October 20, while Moroccan international El
Zhar has been missing since he injured a knee during the pre-season
tour of the Far East.
Kick-off the Lancashire FA HQ in Leyland is at 7pm and McMahon's
side go into this game on an unbeaten run which stretches to 10 games.
Liverpool team
Peter Gulacsi
Martin Kelly
Chris Mavinga
Daniel Ayala
Stephen Darby (Capt)
Jay Spearing
Daniel Pacheco
Steven Irwin
David Amoo
Damien Plessis
Alex Kacaniklic
Subs
Emmanuel Mendy
Chris Oldfield
Jordy Brouwer
Nabil El Zhar
Robbie Threlfall
The Reds have lost their leadership in the Barclays Premier Reserve
League North to Manchester United, but McMahon's side are only two
points behind in second place with a game in hand.
"It's going to be a tough game and Bolton are a tough outfit to break down," McMahon told Liverpoolfc.tv.
"We beat them earlier in the season 3-1 and we played some good
football on the night, and if we show a good attitude again and the
application is right then we will go there full of confidence."
In the last round of this competition Liverpool beat Manchester
United on penalties - their second victory over their rivals from down
the M62 this season.
"I thought we deserved it and it's always nice to beat Manchester United," he added.
" It's always nice to win any game but to beat them always adds a little bit of spice.
"Hopefully we can progress in this competition further. We want to play well and learn from every game."